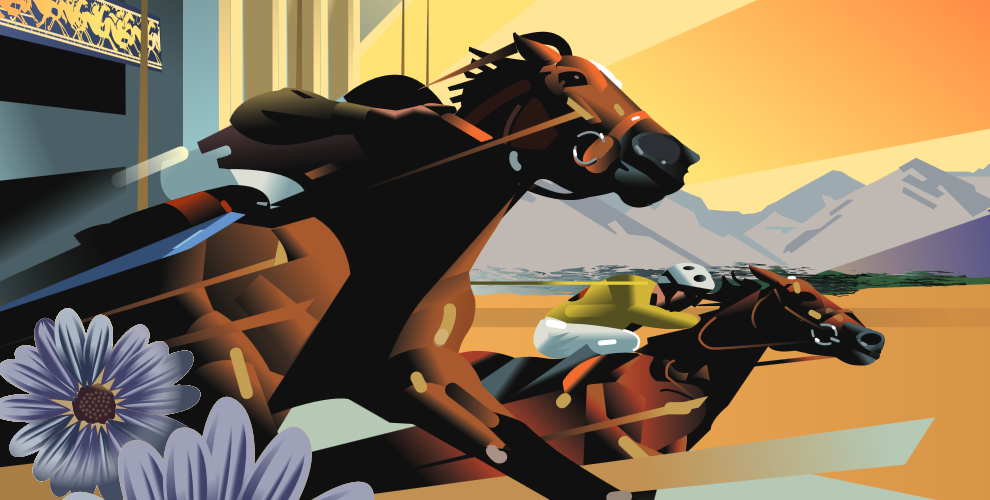 The 36th Breeders Cup World Championships at Santa Anita Park in Arcadia, California. Will showcase the largest Breeders Cup Prizepool ever at $30 million and $6 million alone for the infamous “Classic” race on Saturday November 2nd, 2019.

The world’s best horses and jockeys vying for supremacy on dirt and turf at the spectacular Santa Anita race course at the foothills of the San Gabriel mountains near Los Angeles in California. The climax to the 14-race showpiece is Saturday’s $6 million Longines Breeders’ Cup Classic, a one-and-a-quarter-mile dirt dash which often decides the best of a generation.

The Breeders’ Cup Classic, run at 1 1/4 miles, draws the top international Thoroughbreds year after year. The Classic is the richest race in all of North America. It is open to horses 3-years-old and older and is limited to 14 starters. Five of this year’s starters will gain automatic entries into the race by qualifying through Breeders’ Cup Challenge series.

bet★usracing is the best place to bet on the Breeders’ Cup. Sign up and receive up to $250 in cash on your first deposit. Bet the Breeders’ Cup Classic and get $10 in Casino chips. Qualify to earn an additional $150 Cash Bonus. Get in on the Exciting Racing Action at bet★usracing. 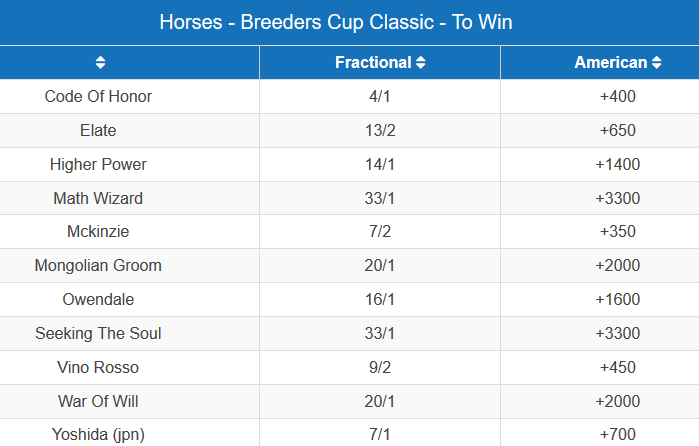 This overall purse of $30 million dollars in prizes puts the importance of this race up to the likes of the Kentucky Derby and the Dubai World Cup which had record $35M purse.

Dubai World Cup at the Meydan Racecourse, United Arab Emirates (UAE), is the largest horseracing event in the world with a record $35M purse up for grabs across the six Group 1 and three Group 2 races. In the showpiece event known as the Dubai World Cup it boasts $12M in prizes and the winner of the 2019 edition will take home over $7.2 million.

The Saudi Cup will be run at the King Abdulaziz Racetrack in Riyadh in February 2020. With a $20 million pot, the winning horse will win a staggering $10 million, with horses down to 10th place earning a diminishing share of the remaining$10M.

The nine-furlong (1⅛ miles ) race is run over a dirt track at Gulfstream Park, Florida and is intended as a showdown for experienced racers of four years old or above.

For its second running in 2018, the prize pot was boosted by $4 million to $16 million with an entry fee for each of the 12 slots of $1 million. The organizer added the rest. The winner, Gun Runner, collected an astonishing $7 million in 2018.

Australia hosts the world’s richest race on turf. Run over six furlongs, The Everest brings the world’s top sprinters together at Royal Randwick, Sydney. It’s only been in existence for two years but has already surpassed the Melbourne Cup as the country’s richest race.

There’s only been one winner of the race since its inauguration in 2017, with Redzel clinching back-to-back titles.
There are 12 places up for grabs, each costing the owners about $400,000, but the payoff can be huge. Race organizers hiked up the prize money in 2018 with the winner swiping $4.5 million. The Everest’s prize pot is set to rise to $10 million in 2019 and higher again in 2020

The glitz and glamor of the European racing world unite once a year for the continent’s richest horse race.
The Prix de l’Arc de Triomphe is a mile-and-a-half test of speed and stamina for three-year-olds and above, with the winner earning $3.2 million out of a fund of $5.6M.

After a $145 million facelift, Paris’ Longchamp Racecourse once again hosts the iconic race after a two-year residency at Chantilly. The “Arc” has been held at leafy Longchamp for more than 150 years and brings in the very best Europe has to offer.

Japan’s richest race is held every year at Tokyo Racecourse, with the world’s best three-year-olds and above descending on the country’s capital. It’s an invitational contest, limited to 18 places, offering participants a share of the $5.8 million prize pot.

The Kentucky Derby is one of the world’s most iconic races, held every May at Churchill Downs, Kentucky. The mile-and-a-quarter dash on dirt, dubbed “the most exciting two minutes in sports.” The winner of the Kentucky Derby takes home an estimated $1.86 million while second place gets $600,000. Third takes home $300,000, fourth gets $150,000 and fifth collects $90,000

10 things you need to know before betting on the 2022 Preakness Stakes; horses, odds, post time and much more!

Who are the Preakness Stakes Contenders?